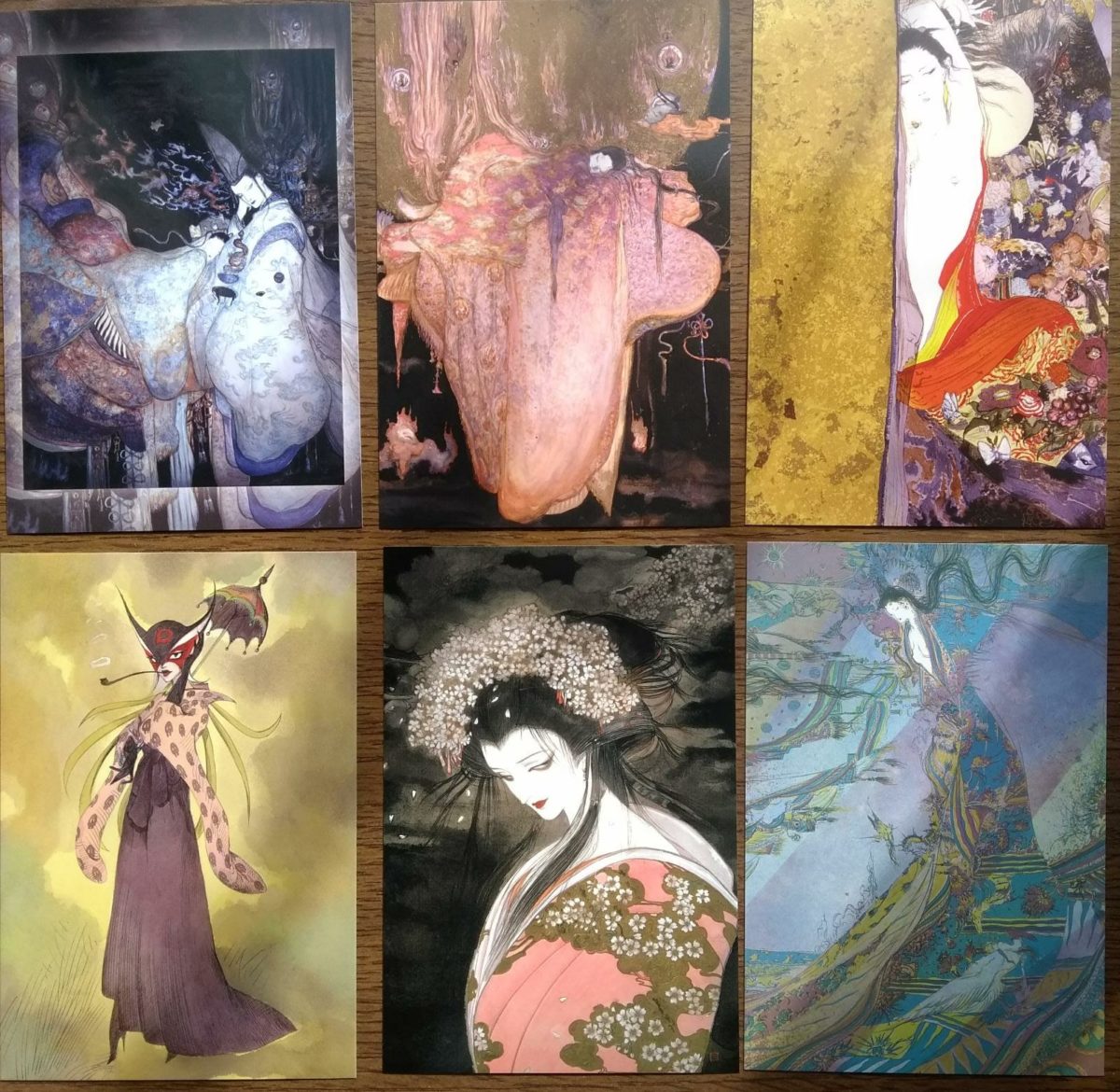 Disappointingly enough, photos were not allowed, so I can’t post any of the actual event, but that is probably standard procedure at art exhibitions.

The building was part of a really big congress center and thus not overly charming. Exhibited were a large variety of Amano works, ranking from originals to Final Fantasy art and his works for a variety of other franchises. All pictures were originals, as far as I could see, and most of them up for sale. Not by Amano himself, but by private owners. So the main purpose of the exhibition may have been to sell these originals. The most expensive ones I saw were about 1,500,000 yen (~13,500 USD). The staff members there were eager to tell anyone interested more about the works.

After doing a bit of research, this seems to be the same kind of exhibition that was already done last year. At least a Reddit user posted about it and apparently got the same poster.

The exhibition also included 5 works by Amano’s son Yumihiko, who also has an interesting style. In addition to the usual Amano-style art works, there were also some chibi-style works exhibitioned – didn’t know Amano also did those.

I think I was familiar with the majority of the works exhibitioned, though definitely not all of them. Apart from some originals, one piece I particularly liked was this artwork from Final Fantasy IX.

Since entry was free, I was not surprised to see that the free mousepad I received as a pre-registration gift was really small and thin – not something I would actually use. The A2 FFX poster everyone got for free, on the other hand, is of good quality.

They also had a merchandise shop, selling posters, postcards, clear files, cups and other stuff. No art books, sadly, I would have definitely bought those. Instead I bought two postcard sets (2×6 cards for 1200 yen). The A2 posters were nice, but overpriced (~3000 yen).

So my final verdict is: Although a bit different and more commercial than I imagined, it was a good opportunity to see Amano’s art in real life – definitely a different experience, since he uses stuff like gold dust that can’t really be captures on photos. Would I go again? Probably not if it was the same kind of exhibition again. But I’d go to a museum-style exhibition that focuses on the cultural importance and historic background of the art rather than the price tags any day.

All images in this post except for the mousepad / post card photos are © Yoshitaka Amano / @ Yumihiko Amano.