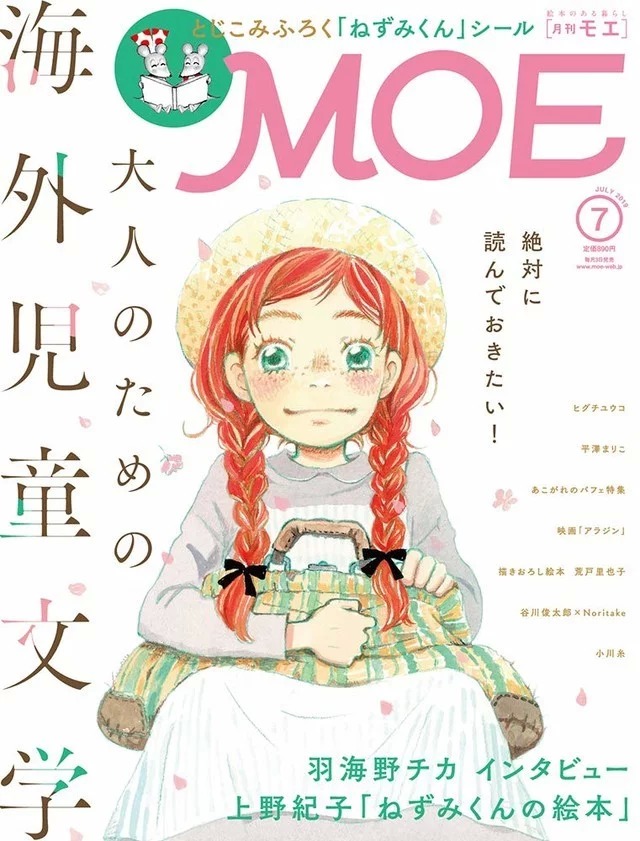 In Japan, it is common for classics to be republished with modern manga-style cover art to appeal to  a younger audience. Shueisha did that for Anne of Green Gables in 2011 – and asked mangaka Chica Umino (Honey and Clover, March comes in like a lion) to draw the new cover artworks.

The July 2019 issue of the picture book magazine MOE contains a list of 77 Western children’s books recommended for Japanese adults. They used that occasion to interview Chica Umino about how these books influenced her childhood and the stories she writes. Highlights were added by me. 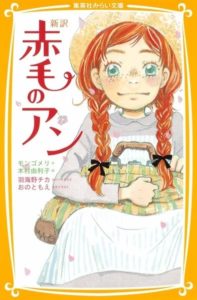 Umino says, she read Anne of Green Gables and Heidi as a child, so she was very happy when she was asked the draw the new cover artworks for Anne. She is very fond of the recent adaption Anne with an E (streaming on Netflix) and remarks that if she was asked again to draw the cover artworks, her Anne would probably end up more like that. “Pale skin, lots of freckles and really red hair – even though she isn’t a beauty, there is a lot to love about that girl. Just like the real Anne [from the books].”

She said, growing up with the books just as Anne was growing up in the story inspired her to feature characters of various ages in her works:

“As I child, I first only read until Anne of the Island [the 3rd book in the series]. What came after that seemed to me like a world different from mine at that time. But after that, many changes came with Anne growing older and I continued reading the books matching my age and found that appealing. I want my manga to be read for a long time, so I take care to not only have characters of the same age group appear. I also try as best I can not to draw the clothes and hairstyles according to current trends.”

As a child, Umino perceived Marilla as a very strict person. But thinking back on how she took care of Anne despite wanting a boy to help with the farm work, she can see Marilla’s kindness now. She also loved the scene when Matthew gave Anne a dress with puffed sleeves as a present and reread it countless times. Another of her favorite scenes is the one where Diana’s little sister gets seriously sick and Anne saves her. 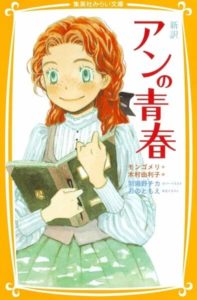 Umino says, she is the kind of reader who rereads the same book many times. As a child, Anne of Green Gables, Heidi and the Little House on the Prairie book series were the ones she read over and over again, starting from her first elementary school years.

Having had very unruly hair as a child, Umino could relate very well to Anne being self-conscious about her red hair and found it reassuring to find someone with the same anxieties.

Umino is also very found of the mundane moments in the books, particularly the ones about preparing food. She loved in how much detail Montgomery portrayed the baking of a cake in Anne, down to getting milk from the cow. Her parents belonged to a pioneer group in the Yamagata prefecture, so the scene where Marilla bought wool to knit a sweater for Anne was right out of her own life.

Especially reading the Little House books was like reading stories out of her mother’s life for Umino. Her mother’s parents died young, so just like Laura and her sisters in the story, her mother had work for other families and do the work sons usually do. This made Umino’s affection for the books grow even more. 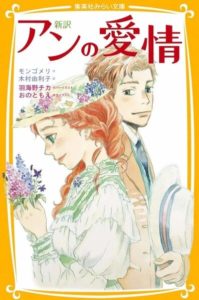 Reading the meal scenes in Anne inspired similar moments in her manga: “Because I read these scenes so passionately, I thought having meal scenes in my own manga would make it more fun for the readers.” Getting letters and photos from readers who tried to cook soft-boiled eggs the way they remembered it from March comes in like a lion made her very happy.

Finally, she explains how these books influenced the usually atypical families appearing in her stories:

“I used to wonder why I don’t really portray normal families much, but nowadays I understand that this is due to the influence from Anne and Heidi. Because I always read stories where a child came from outside. Heidi and Anne were thrown into a different world all of a sudden and had to adapt to that [new] life, and for Laura with her pioneer family it was also like going to a new world. Because I grew up with stories like these, I now think I may be unable to tell any other stories.”

She concludes: “The books I own may be old, but the illustrations and their designs are really beautiful, so I hope they will stay with me forever.”